Easy ways to do this all would be is for the Secretary to start a Google Docs account and maintain attendance online in one document, minutes in one folder and Rover Progress Records in another. You can then make all the documents public to those in the crew. You can also host other info (contact sheets, By-laws) that crew needs on a regular basis. By making one place for the entire crew to go to when you need info, you eliminate the intimidation factor of calling older rovers and the newer member can easily get the information required.

If this is your first year as a new crew, this can be ridiculously difficult. For first year crews, I would suggest 2 three month plans plus a 6 month plan, and submit those to the group. While not satisfying the program quality awards, it does keep the group committee informed of the crew’s progress and financial situation. It also prepares the Crew to do a 12 month plan for the next year. 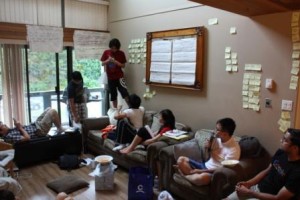 For established crews I would plan a camp or retreat with the sole purpose of planning your crew’s goals for the year. I’ve seen a few Crews do this and provided that there are no distractions (Protip: if you’re in an area with cell reception create a phone bin so people aren’t facebooking and tweeting all the time) it can be a very profitable camp in terms of both creating a plan, and a huge team building experience. Make sure you’re not spending the entire weekend indoors- get outside, do something the crew *likes* doing. Planning can be tedious at the best of times. Make it fun. Throw in the hallmarks of a “normal” scout camp! Campfire, Hikes, Rovers’ Own, Opening, Closing! Get your Rovers to bring their campfire blankets, make the weekend comfortable and enjoyable.

My Crew (1st South Vancouver) has a sub account within our groups’ that is just for Rover Crew usage. All of our fundraising, fees for camps and other events goes into the account and then we write cheques from there with the Crew Treasurer, Advisor and Group Treasurer has signing authority. As for the paperwork side of this- google docs- editable by the Crew Treasurer, President and Advisor(s), but viewable by all members of the Crew and Group Treasurer. 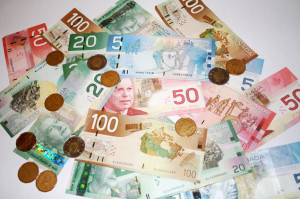 Scouts Canada has an entire section of the By-Law, Policies & Procedures on Financial and Fundraising Procedures. I would definitely recommend that your Crew Treasurer sit down with the Group Treasurer to understand and uphold this section of the BP&P. If you’re looking at a career in accounting or various other finance related careers, the Crew Treasurer position is a great place to prepare for bigger things like taking on the Group Treasurer role. There is also the “Treasurer’s Record Book” which use to be published by Scouts Canada, but I cannot find it currently available.

This follows much the same principles as the Treasurer section before.

A couple of tips though:

Generally though, keep these documents along with your by-laws and financials and you’ll be set. The hard part is doing it the first time, once that’s done, it is just the matter of reviewing and updating them.

This is one is brutally easy but serves an important point- to give the Crew representation within the group and to enlighten parents and other Scouters as to what the Crew is up to. So much of Rovering is “hidden” from the other sections. It’s not intentional but it happens. Group Committee is an important vessel to get the word out. Plus I have found that if you’re regularly attending and showing how much value your crew is providing to the group and what the crew is up to, they’re more than happy to fund projects and events. Perhaps brining a small report of your crew’s monthly events. Logs from your expedition, photos from the bowling alley, and updates on new members.  Plus the Group committee  is there to approve your Camping and Outdoor Activity forms, so rather than having to track the Group Commissioner down last minute, you can be prepared. 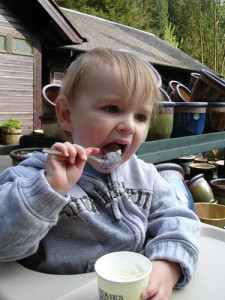 I hear ice cream after Group Committee Meetings makes everyone happy. Attribution to DFSHAW on Flickr

One note though: It’s not uncommon for other Crew members to be at Group Committee meetings as leaders of other sections- Send a Crew representative anyway to showcase the Crew specifically. The other Rovers have their other section priorities to deal with and the Crew often gets pushed to the backburner.

I know. Rovers aren’t the cute Beavers or Cubs they once were and selling popcorn isn’t easy. If you *can* sell popcorn, go for it. I know Rovers that can sell over a 1000 bucks worth of popcorn, but I know that for the most part Popcorn is a waste of time for smaller crews. That doesn’t mean that Rovers can’t participate though. Perhaps two or three Rovers can be the Popcorn co-ordinator for the group with the understanding that crew gets a portion of the funds raised. Or they could help supervise popcorn selling stations at the mall. The possibilities are endless. If you’re in a area that does ScoutTrees (I know a lot of groups do) get involved with that in similar roles. The keyword here is “participate” not sell. So I guess it’s just how you interpret it.

In addition to the Program Quality requirements, there are a lot of areas in Administration that can make your program planning and general communications life SO MUCH easier.

Google Docs is so much more than just a word processor and spreadsheet creator. You can set up forms and powerpoint slides online with total collaboration with your crew. Google Forms are being used for the 2013 BC Spring Moot Registration system, and the Alpha Theta Crew in Melbourne uses it to get all the pertinent details for their camps- when you’ve got a crew of 20-30 it’s way faster for people just to input their own info then one person inputting it all in.

Email Etiquette– Instead of writing this out all on my own, the 180th Pacific Coast Crew has created a document outlining technology procedures and I think it sums it up best as this was created by Rovers for Rovers to communicate effectively.
Sending Emails

Email is a great way to communicate, but it can get clouded up easily by clutter that it becomes no longer useful. What’s important is that the crew have some agreed upon expectations that they find useful, much like how a Crew has meeting rules. Taking the time early to set those up will decrease stress and conflict down the line.

Synced Calendars– Along with all the other Google love here, you can share your events with all members of the group and send notifications so that always late Rover can’t complain they “forgot” about the meeting.

Doodle– Doodle radically simplifies the process of scheduling events. You can select a couple of potential dates with times for a meeting, Doodle then polls your people for the best time. You can also tie this into a Crew calendar that can be sent to all Rovers easily.

Dropbox– Dropbox is another file sharing system, awesome for sharing photos and finalized documents with your group. I recommend using Google Docs for any document types GDocs can handle that are still in-production, and then storing the final versions in Dropbox.

Twitter– Controversial but I’ve seen it work. The idea is that everyone in the crew signs up for a twitter account and links it so messages from the Crew’s twitter account go directly to their phone as a text message. The Crew members can choose to lock it up otherwise so it’s only used for this purpose, or they could use it for informal communications. This is the standard for the Penny Arcade Expo Enforcers (500-1000 Volunteers) to quickly send out information to all their volunteers in less than a minute.

What works for your Crew? What works for your crew to organize meetings and events? One solution isn’t going to cure-all, but the important thing is that all of these tools are just that. Tools to plan exciting programming for Rovers.